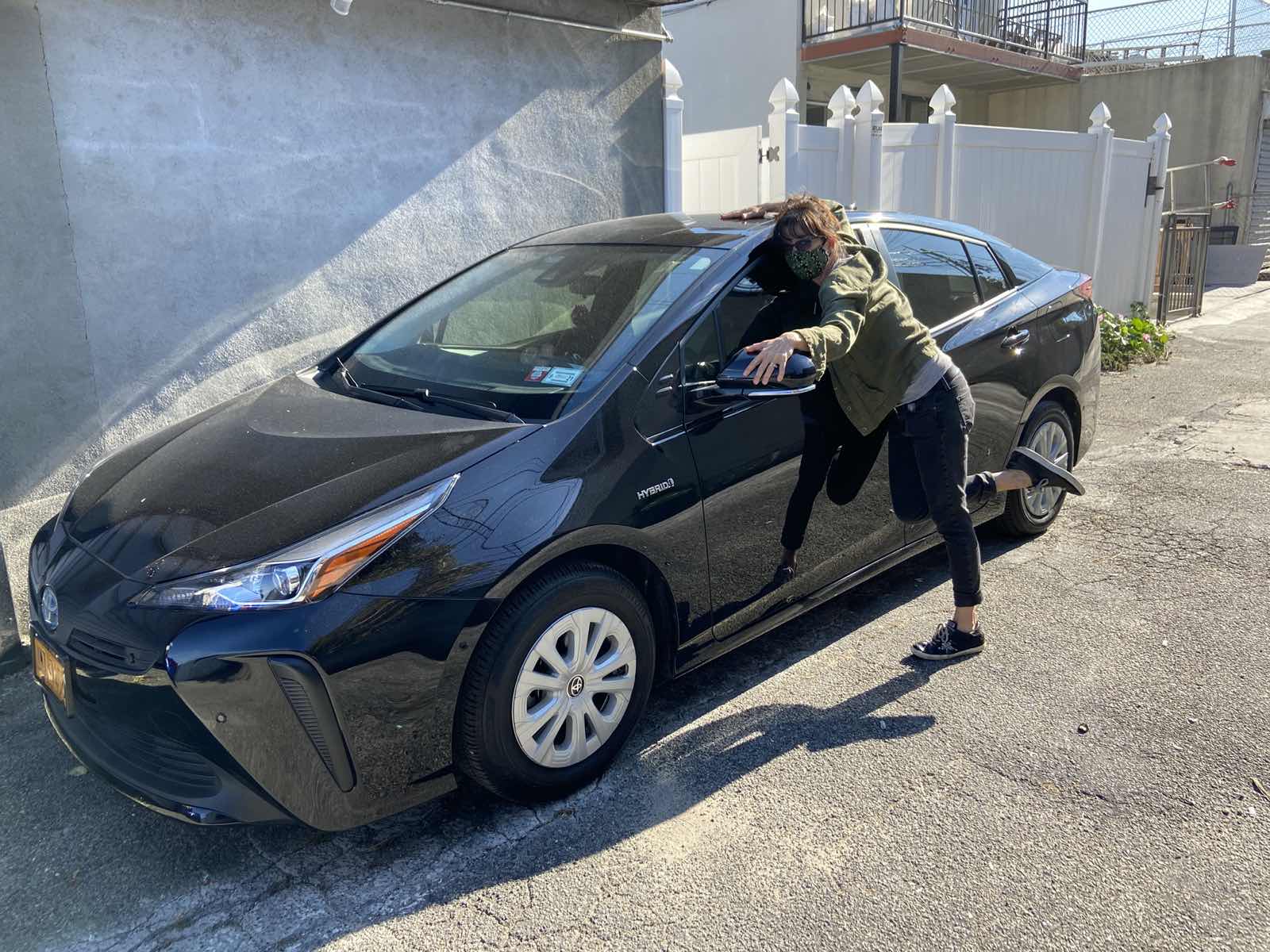 Wherever you go in the Big Apple, it’s possible that the person next to you on the subway just might be a movie star.

If you were sitting next to Elizabeth Berridge, for instance, you might know her from her leading role in the hit film ‘Amadeus’, from her comic and iconic character roles on TV, or if you’re a theater lover, from her many stage appearances in New York City.

Elizabeth was long used to the strap-hanging life. However, after moving from Manhattan to Astoria this year, owning a car was suddenly an option.

Elizabeth and her family had their hearts set on a gently used 2017 Prius, ideally in black. Being long-time Manhattanites, though, they had no idea how to start.

“I was so scared we would be like lambs to the slaughter! But Lindsay showed obvious care not to make a quick sale, and we immediately felt like we were being taken care of.”

The first car that Lindsay found seemed like a dream come true – exactly the model, year, and color Elizabeth was looking for, and in great condition.

But after reviewing the details, it became clear to Lindsay that the dealership had been dishonest with them – the car was not certified, as the dealer had claimed it was. Even worse, the contract had hidden fees that would have gone unnoticed until it was too late if Elizabeth had been navigating the process on her own.

Elizabeth agreed to let Lindsay halt the negotiations on this car, trusting her to find another one for a better deal.

Lindsay began another search in earnest, even talking to the new car seller in the same dealership, and came up with a solution that would have been impossible otherwise. A 2017 Prius in black – the same car – but brand new, with a warranty, and only $1,200 more than they would have paid for a used one. Huzzah!

Now that selecting a car and the negotiations were done (with great success!), it was time to dive into the unknown: car ownership. Being used to the NYC subway, this was way out of Elizabeth’s wheelhouse. How do you register for plates? Where should you buy car insurance? What’s a registration?

The whole process seemed daunting to Elizabeth, but with Lindsay’s help, everything was squared away in a week.

“We knew nothing about cars, but Lindsay never made us feel bad – she held my hand through the whole thing and she was always available. We are Car Pal People for life!”

Just remember – you don’t have to be a star to get star service from Car Pal. We’re always ready for your close up!

We'll Negotiate For You

Tell us what you're looking for and we'll get in touch with you right away.